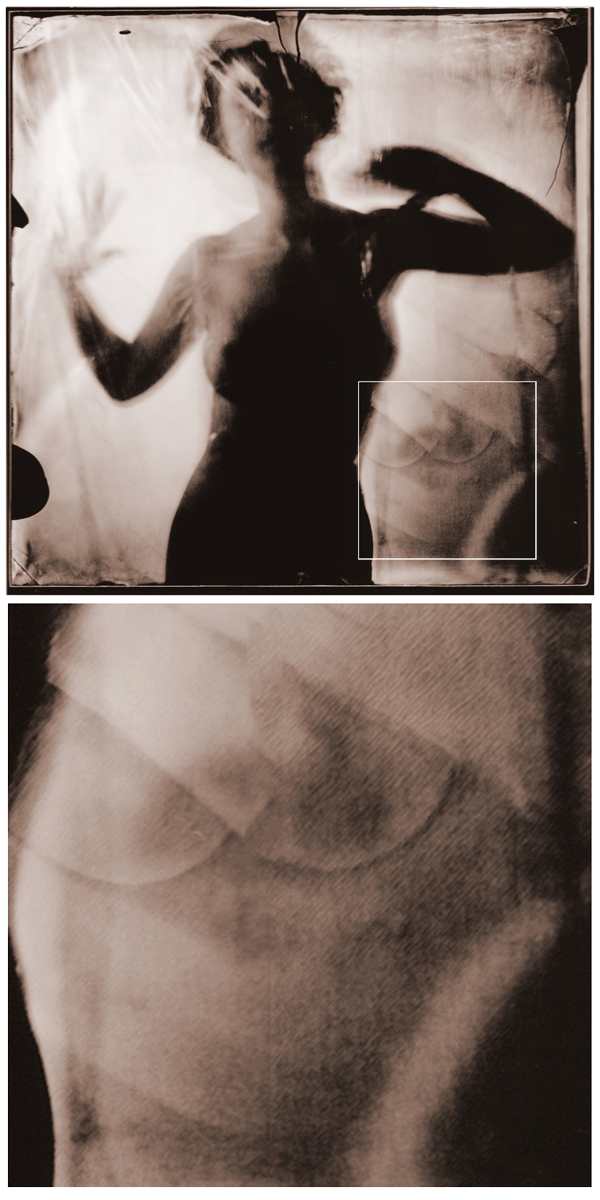 From the “Big Collodion Test” I did a while back the Old Workhorse Fast Clear stood out to me as it gave me a much shorter exposure time. Having used it a bit more, including for negatives, I have come across something I don’t like, namely striations. Firstly I’ll repost the formula again so we all know what I’m talking about exactly:

When making positives the plates did  not suffer from striations. When making negatives however this was extremely apparent. After having talked some more with Mark Osterman it came to my understanding that the Ammonium Iodide was the culprit here. On ambrotypes made on black glass with lots of contrast they’re less prone to show but on clear glass with an unbroken gradient of tonality they will be very apparent.
It’s also the chemical compound that gives this formula the “fast clear”. Now, personally I don’t care whether a solution is fast clear or not, usually when I make a fresh batch I don’t intend to use it straight away.